Abbeyfield House are no plonkers as scarecrow picks up double win

Residents and staff at Abbeyfield House sheltered housing scheme in Wendover have shown they are creative pearly kings and queens after their Only Fools and Horses-inspired scarecrows triumphed in two competitions.

Residents and staff at Abbeyfield House sheltered housing scheme in Wendover have shown they are creative pearly kings and queens after their Only Fools and Horses-inspired scarecrows triumphed in two competitions.

The Abbeyfield Scarecrow Challenge competition was run this autumn across all Abbeyfield houses and homes.

We wanted to devise an autumnal competition that allowed our talented staff and residents to show a bit of creative flair. The scarecrows help to put our houses and homes on the map, and will hopefully become a quirky feature that will attract the attention of passers-by. As the weather grows colder, the scarecrows will serve as a reminder of the warm, friendly environment that Abbeyfield provides. 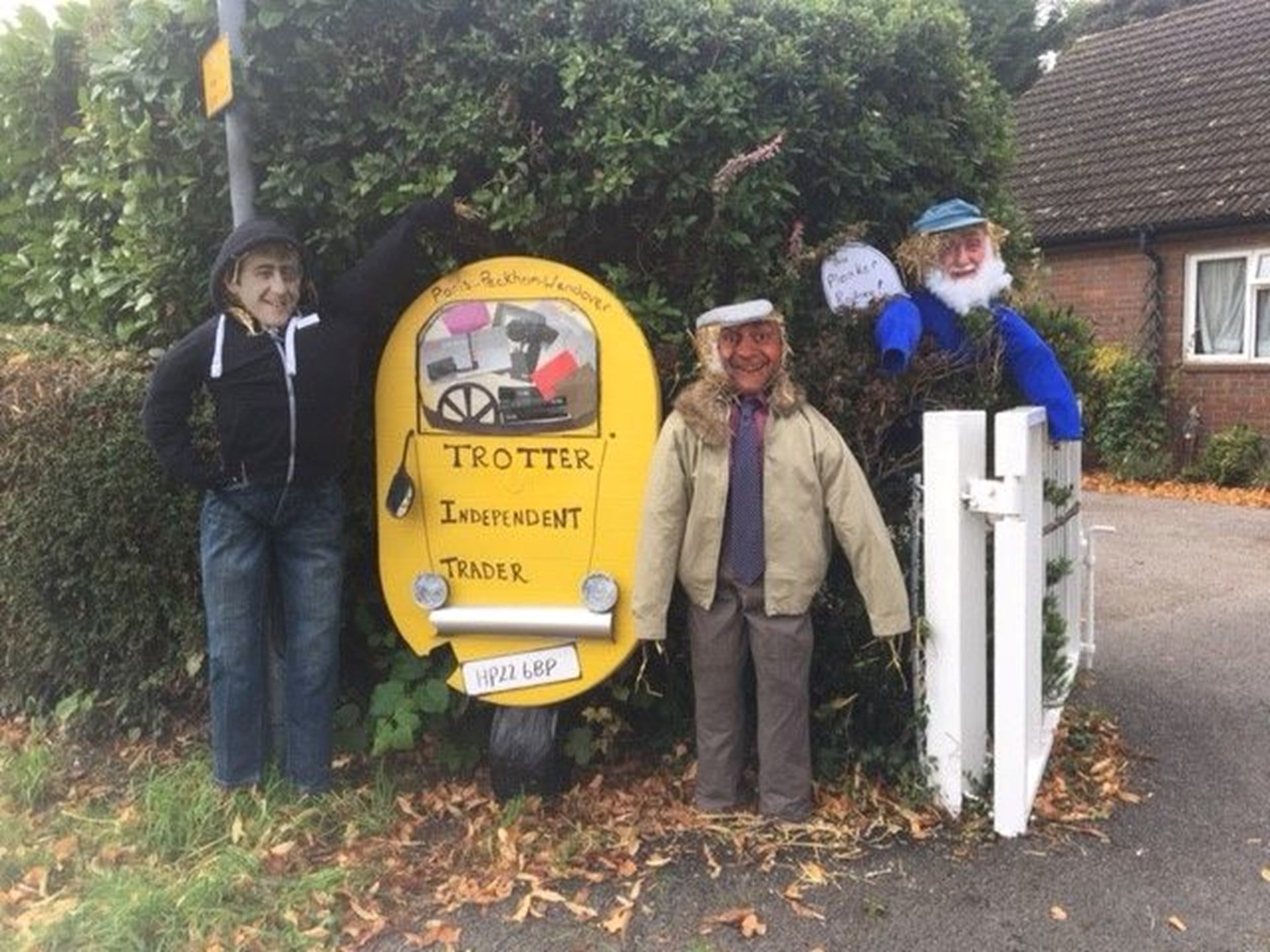 The Abbeyfield House residents were indeed fully included when it came to designing and creating their scarecrows of Del-Boy, Rodney, Uncle Albert and their trusty van, with one saying, “I’m glad Dell Boy could use my cap. It made me feel involved.”

Abbeyfield House’s scarecrows won the Abbeyfield competition in the ‘Best TV Show Depiction’ category. Buoyed by their success, the house also entered their scarecrows in the local Wendover Scarecrow Trail, in aid of Rennie Grove Hospice. They produced yet another win, taking first place in the judges’ vote, whilst also scooping second place in the public vote. It also fulfilled a key aim of the Trotters Independent Trading Co: establishing branches in New York, Paris, Peckham and Wendover!

The residents were delighted with their wins in both competitions, saying, “We like to be part of the community and part of the Abbeyfield Family.”

The aim of attracting the attention of the local communities around its houses and homes is not a new one for Abbeyfield houses and homes around the country. Staff, residents and volunteers routinely put on events and activities that welcome in people from the local neighbourhood, as seen by the Platinum Jubilee parties held in June and year-round open days, fêtes and coffee mornings.

The Abbeyfield House residents also became more environmentally aware from the experience. One resident said, “I never knew that climate change could affect scarecrow production, with such a shortage of straw after the drought,” with another adding, “We’re definitely woke in Wendover!”

Abbeyfield House is a retirement house offering sheltered housing to older people in Wendover. We have 18 studio rooms with large, bright en-suites and kitchenettes in every room.

Completing our house is a communal dining room, lounge, garden and piano room which residents are welcome to use at their leisure - perhaps to read a book, complete a crossword or entertain visiting family and friends. We often come together in this space to enjoy board games, crafts and share hobbies.