Now in it’s second year, the Scarecrow Festival invites local residents to compete with each other to build the best scarecrow from whatever they can find, this year following the theme of ‘Heroes and Villains.’

Armed with a donation from the house to cover costs of the materials, Carol set about making her scarecrows. The frames were fashioned from chicken wire and the rest of the figures were crafted from papier-mâché and straw-stuffed tights and lots of other materials. She hand painted everything and spent a lot of time adding features and details to really bring her characters to life. 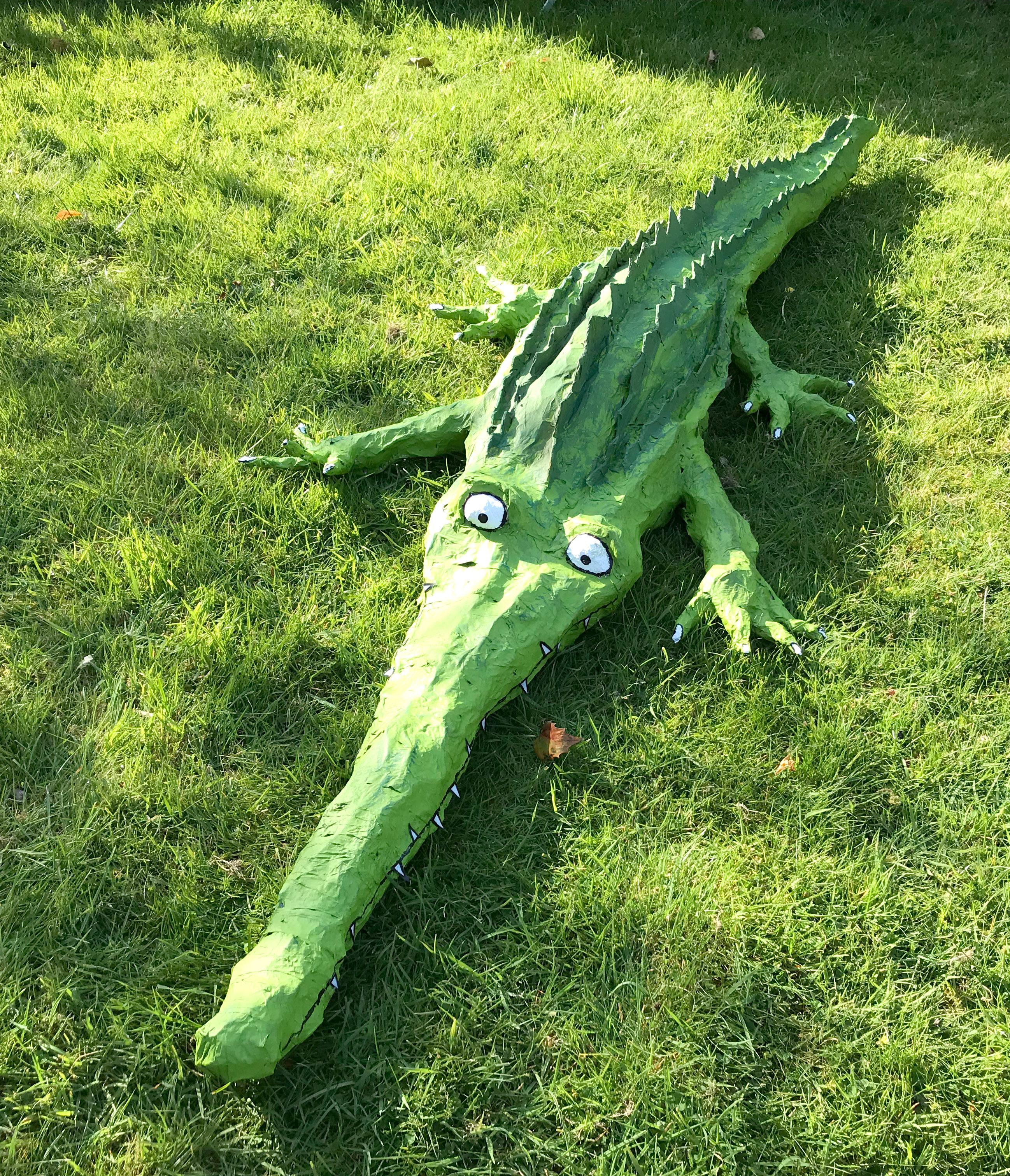 After undergoing scrutiny from a panel of judges, they decided that Carol had won the first place pride for Abbeyfield!

“When they rang to say we had won I was delighted! We have been awarded a trophy, certificate, and £20 which I am donating to the house for Christmas decorations.”

Carol got the inspiration for her winning entries following a group discussion with the other residents at the house. “We were sat discussing ideas for a hero or heroine after lunch one day when the festival theme had just been announced,” she said. “A couple of the ladies living here had been nurses and we all agreed that a tribute to acknowledge the hard work that nurses do would be a fantastic idea. Florence Nightingale sprung to mind immediately so she was chosen as our first character.

Accompanying the incredible tribute to Florence Nightingale was a wounded soldier scarecrow with a head injury.

“Obviously I couldn’t have Florence without a patient!”

For the second entry, Carol wanted to pay tribute to the beautiful canal that runs along side the Abbeyfield House in Garstang. Remembering a favourite childhood book, Roald Dahl’s ‘The Enormous Crocodile’, Carol felt that the character would be great fun to make.

“He is famous for eating children!” Carol said, “I thought this would be fun for families as so many come along to the village to view the entries.”

Although the festival is over for another year, the scarecrows live on, with Florence now on loan to a church group where she will aid teaching history lessons to the attending children. The crocodile was adopted by Claire, who works in the local school and hopes to use him in lessons!

Congratulations, Carol. We can’t wait to see what you come up with next year.