Two mischievous 18-month-old alpacas are the newest members of the family at our Armstrong House supported housing facility in Northumberland, after moving in earlier this week.

Joining a flock of hens who already live at the house, the alpacas John and David have their own paddock and are already settling in well, free to roam around the grounds of the home.

How alpacas are bringing joy to the residents

Residents have loved getting to know the alpacas, petting and chatting to them.

Mike Walker, 70, a retired retail worker who has lived at Armstrong House for the past three years, has fallen under their spell. He says: “The alpacas are very interesting to watch, inquisitive, and therapeutic. They are both gentle natured but have a playful side to them too.

“They are quite cheeky and nosy and like to come up to the windows and press their noses against the glass wanting to get in to be with us. They seem to enjoy the company of humans.

“Having the alpacas and hens has really lifted the mood and they are bringing a lot of pleasure to everyone. Being with them really brightens everyone’s day.”

And fellow resident Jolande Chrisp, 78, a farmer’s wife from the area who has been at Armstrong House since 2013, adds:

“John and David are wonderful, enchanting and noble looking animals and very relaxing to watch. I’d never seen an alpaca up close before and was surprised by how small they are. I had expected them to be about the size of a camel, but they are just like big, fluffy dogs.

“We’re really pleased to have them here with us. Everyone finds them quirky and very adorable.”

Introducing the alpacas and hens was the idea of House Manager Paula Lingwood.

She explains: “Because we offer supported housing and our residents tend to be active in their own right getting out and about in the community, we don’t run as many activities as some other places, so I thought it would be nice to introduce the animals to give everyone a shared interest.

“I know many places invite animals in to meet residents as part of planned activities, but we decided it would be good to go one-step further and have them with us here all the time. It’s fantastic to see the pleasure the alpacas and the hens both bring.

“They also have a practical use as we get freshly-laid hens’ eggs which the residents enjoy. We’re now looking at getting some pigs and perhaps a couple of donkeys.”

It’s hoped that when John and David are older they will be able to venture indoors to be with the residents.

This initiative has been such a success that it was even featured on the BBC News!

The health and well-being benefits of animals

Spending time with animals is known to help improve the health and well-being of people of all ages. It is not unusual for alpacas and other animals to be invited to visit older people in care and nursing homes, and sheltered housing and independent living facilities, as part of pet therapy sessions.

More uncommon, however, is to find alpacas living permanently alongside older residents.

But the four-legged animals which are native to South America and have become popular in the UK for their silky fleeces, make fantastic pets. Paula says: “They love being around humans, are easy to care for, are naturally curious and interested in their surroundings, intelligent, intuitive and have fantastic personalities. Just like people, they can be shy, stubborn or outgoing, but never threatening. 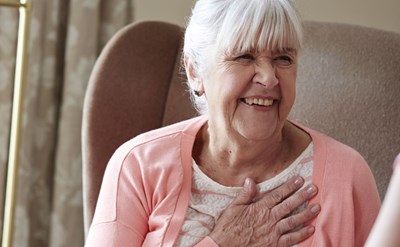 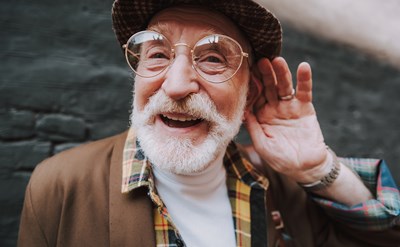 The benefits of music for older people