Meet John, resident at Abbeyfield Sibleys Orchard in Hemel Hempstead. Last week, we spoke to him about his experience with Abbeyfield so far and how Abbeyfield enables him to live an independent life, without the responsibilities of running a home. 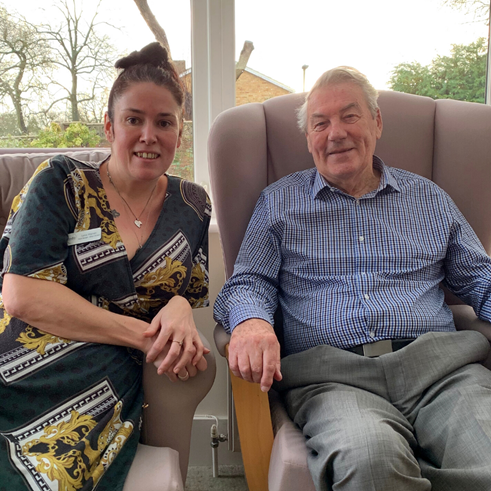 What do you enjoy about living at an Abbeyfield House?

“I enjoy living at Abbeyfield Sibleys Orchard because it enables me to live an independent life, without the responsibilities of running a home. I used to live alone in a bungalow and after I broke my ankle, it became harder to manage everything alone. That’s when I decided to look for supported housing.”

Why did you choose to live with Abbeyfield?

“I couldn't manage in the bungalow on my own, so I took to the internet to look for places you could rent or hire, that sort of thing. Abbeyfield came up in my search, and like all things on the internet, it looked wonderful! I spoke to my brother-in-law who's mother had moved into an Abbeyfield house in Kings Langley and loved it. He told me more about what Abbeyfield does and their mission to alleviate loneliness which confirmed my decision to visit."

"When I came to Sibleys Orchard I instantly liked it and asked for an application form to move in. At the time they were full, so I joined the waiting list in case a room became vacant. A while later, I was given a call by the house manager who said a flat was vacant and would I like to visit again and look at it. Of course, I still really liked the flat and I loved the garden so took it! I have loved every minute of living with Abbeyfield so far.” 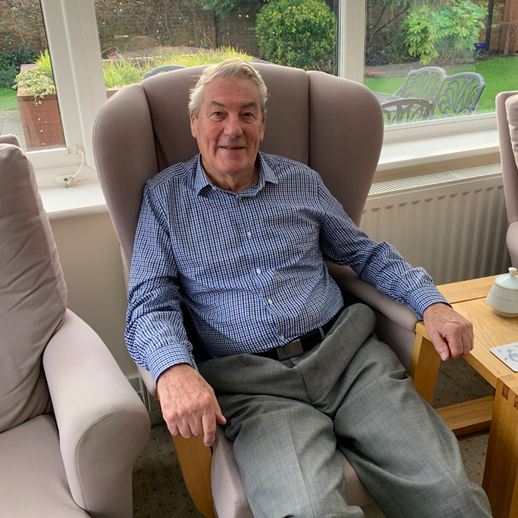 What do you think of the facilities here? And what do you like the most?

“Well personally, I like the garden the most because I love gardening. You can go out into the garden and do anything you want; I love going around pruning roses, planting, moving things and working with the gardener. That’s a big plus for me, personally.

I also love the fact that I’m still lucky enough to be able to drive, so I can come and go as I please really. I’ve got relations living close by too, my son is in Bovingdon, my sister lives in Garston just down the road, so within 15 minutes of the house I’ve got relations, which is a big advantage for me!”

What would you say to somebody else thinking of becoming a resident at one of Abbeyfield’s homes?

“I would certainly recommend it, but it’s a big step if you’re living on your own and running your own home, so you must be sure you are ready to take that step, it’s a very emotional thing. The facilities are really, very good. There are loads of places where you can socialise around here and we've got lots going on in the village too, so there is a real sense of community.”

“I’m glad I made the move into Abbeyfield, ​here you get to remain independent whilst being supported, it’s all done for you and they accommodate everybody.” ​