Bob became interim CEO of Abbeyfield in February 2021, after seven months in the role of Strategy Programme Manager.

Bob has wide ranging experience in organisational development and facilitation, built on a strong operational background in the third sector spanning several decades. He has been Managing Director at Dimensions and at United Response, both leading learning disability organisations in the UK. He was also interim Operations Director for England and Scotland for Community Integrated Care, and held the post of interim CEO at Abbeyfield during the first half of 2016.

In 2000 Douglas began working in the elderly care sector including executive and non executive roles in a variety of national and regional organisations. 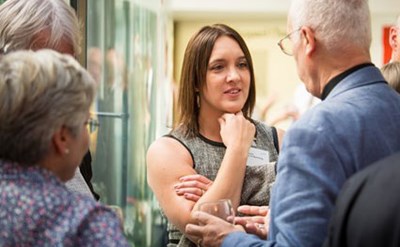 Anna joined Abbeyfield in February 2014. Anna has a background in consumer facing marketing roles within the private sector. 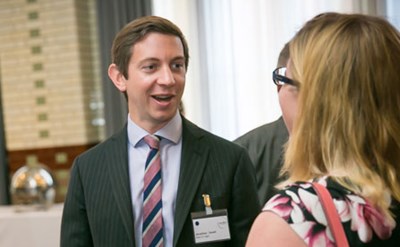 Jonathan joined Abbeyfield in December 2014, having been the in-house Counsel for Voluntary Service Overseas (VSO). Prior to that, Jonathan was a Solicitor with an international law firm in London. In private practice, Jonathan was a litigator having gained experience of regulatory investigations brought by multiple agencies across several jurisdictions. 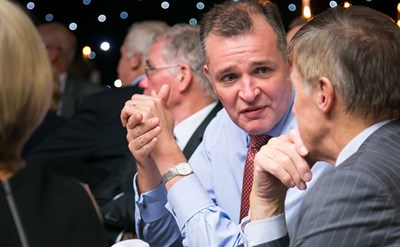 Richard joined Abbeyfield in April 2012 and has over 20 years experience in property and construction. Prior to joining Abbeyfield, Richard worked for Buro Four, the largest specialist Project Management consultancy in the UK. 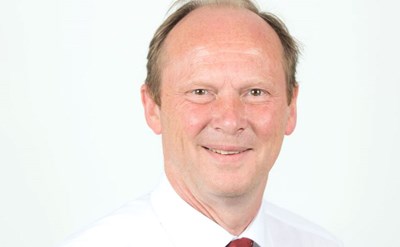 John joined Abbeyfield in November 2019,after working at the Royal Voluntary Service, and prior to that spent many years as a Finance Director in Retail companies such as HMV, Pret a Manger and Play.com. 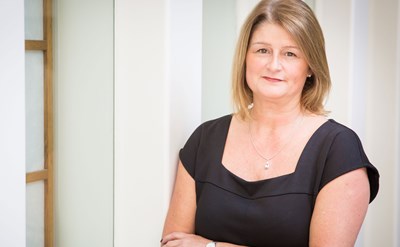 Julie has held a variety of leadership roles during her career, with significant experience of leading and implementing change and transformation, always with a focus on delivering the best results for the customer.
Julie joined Abbeyfield in January 2018 as the Regional Director for the North having worked in a variety of different organisations across public, private and charitable sectors. She became the Experience Programme Director in 2020 following her success on a number of projects within the experience programme.

Kirstan has a wealth of experience in social care and supported housing and has held senior operational management roles over the last 13 years. Kirstan regularly takes part in charity fundraising events and is a keen volunteer. She is an active member of the Chartered Institute of Housing and the Chartered Management Institute and is dedicated to making a difference to older people’s lives. 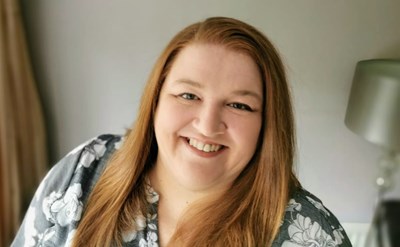 Theresa joined Abbeyfield in 2012 and recently became the Regional Director of the North Region. She spent several years as a Business Manager, effectively leading a number of schemes including care, leasehold and rental across the North East, Yorkshire and East Midlands. Theresa has had a successful career in customer service and is passionate about care and social housing, empowering people to deliver a high quality service. She was delighted to be nominated by her peers in the Making Time Awards where she was the proud winner of the Hero award for outstanding contribution.

Heather has extensive knowledge and experience working in sheltered and supported housing. Heather has worked at Abbeyfield since December 2008. 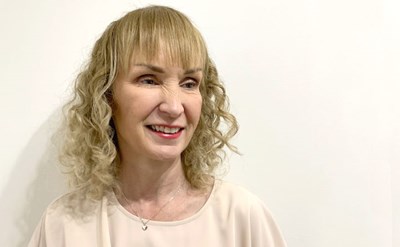 Gail joined Abbeyfield as HR Director in October 2018. Her career in HR has incorporated leadership roles in a variety of sectors including welfare to work, heath and utilities. Gail ran her own HR consultancy business prior to joining Abbeyfield. She is passionate about ensuring Abbeyfield is a great place to work.

Our Board of Trustees is made up of volunteer members, each selected for their expertise and experience in sectors including housing, care and finance.

The Members’ Committee’s main function is to contribute to strategic change and share learning across the whole organisation, including looking at any change of policy and strategy for Abbeyfield.

Ian became chairman of Abbeyfield on the 23rd of July 2015.

Ian is a Chartered Accountant and had a long career with Arthur Andersen where he was Managing Practice Director for Europe, the Middle East, Africa and India. He was former President of the Institute of Chartered Accountants in England and Wales, vice-chairman of the Takeover Panel and the Financial Reporting Council.

Currently, he is Chairman, vice chairman or trustee of various charities including the University of Buckingham and The Family Planning Association. He has been a member of the Abbeyfield Audit Committee since 2006.

Jenny became involved with Abbeyfield in 2011 in the voluntary role of regional strategy head for the north east of England. 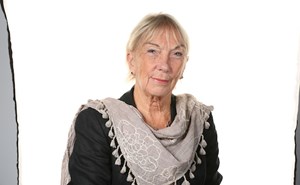 Amanda has been involved in the Abbeyfield organisation since 2005, when she came a Trustee and member of the Executive Committee for the Leonard Pulham Nursing Home. 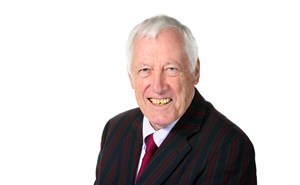 Jeff became a trustee of Abbeyfield Beaconsfield Society in 2009 and has been Chairman since 2012. 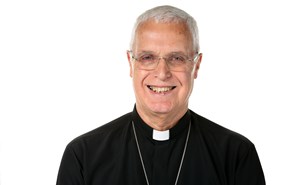 For ten years Stephen was the Bishop in Canterbury & Bishop of Dover, leading the Diocese of Canterbury on behalf of the Archbishop. 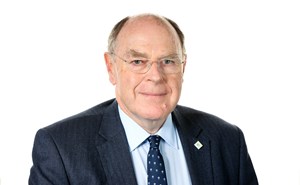 Andrew is currently Founder/Chairman of the Commonwealth Association for the Ageing – CommonAge. 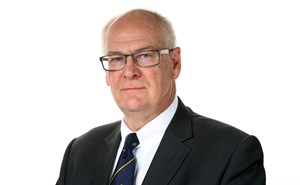 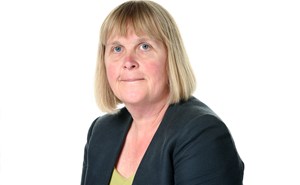 Sara has over 25 years’ experience within the care and supported housing environment, prior to this having worked in general needs housing. 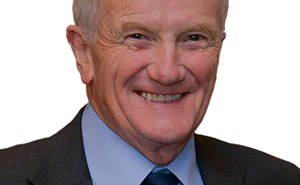 Ken’s Abbeyfield pedigree stretches back to 1973 when he joined the Ulverston Society and became Chairman.

Chris retired in 2013 after 10 years as Chief of Staff to the Archbishop of Canterbury. He now pursues a portfolio of interests, mainly in the voluntary sector. 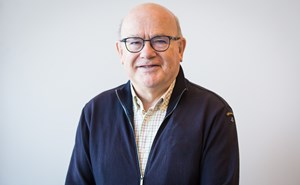 André has a passion for learning about and understanding the aims and concerns of the people with whom to deal. André is also a trustee of other charities dealing with housing and welfare of people with a mental illness. 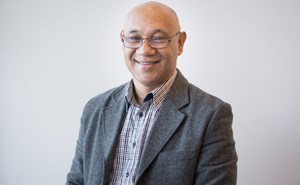 Cedric was nominated to the Board of Abbeyfield South Africa, November 2016. In September 2017 he was appointed as Chairman of the Board Abbeyfield SA.

We are lucky to have the support of many patrons, who give their time and expertise to support our work. Our Royal patron HRH the Prince of Wales and the Carr-Gomm family are invaluable in underpinning our values.

We thank all our patrons for their continued support.

"It's an enormous pleasure to be your patron. Abbeyfield's work is one of the great examples of how elderly people can be cared for and thank goodness you're there to do exactly that. I hope there will be many, many more years of even greater success in looking after elderly people. Having reached the age I have, I begin to understand exactly what it's all about."

Find our more about Abbeyfield 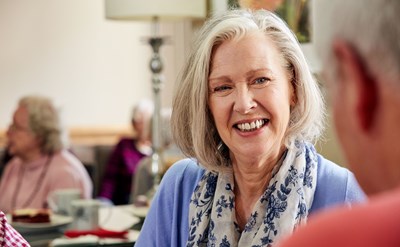 Our financial and annual reports

We're committed to transparency, clarity, financial responsibility and are open to feedback at any time. 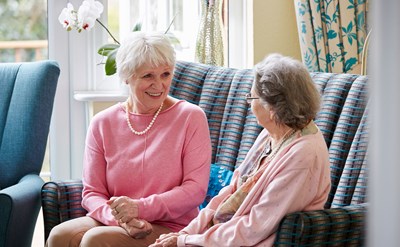 Find out more about what we do and what makes us different. 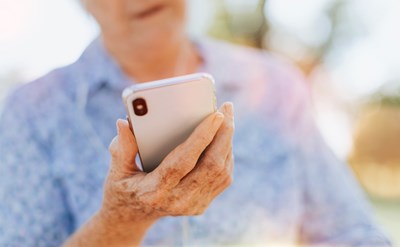 If you can't find what you're looking for or would like to speak to a member of our team, contact us here.