Alice is a No.1 all over with residents after heartwarming Jubilee challenge.

The Manager of Abbeyfield Pratt House, a dementia-friendly care home, honoured her pledge to shave her head, in aid for the home's fundraiser for an interactive table.

Alice Dunning fulfilled her pledge to have her head shaved at a Jubilee celebration in order to raise money to fund the purchase of an interactive Tovertafel table, a Dutch name which translates in English to ‘magic table’, for her residents.

The table enhances the quality of life for older people living with dementia via a series of games that elicit movement and gestures in the user, thereby encouraging physical activity. The games are proven to help improve the relationship between care home residents and care professionals by allowing them to play together. Scientific studies have also shown longer-term beneficial effects for residents, including a reduction in negative emotions, an increase in self-confidence, and reduced restlessness.

Alice said: “The residents and staff were given a demonstration of Tovertafel recently, which they very much enjoyed. The benefits are clear so we would like to make it a permanent feature of our home.

“I thought about what we could do to raise the money – we knew it needed to be something big. We have had three staff who either have recently or are currently battling cancer, as well as one of my family members, so I landed on a head-shaving challenge as the way to go. We hope this will raise enough money for the Tovertafel, and we will be donating 10% of the profits to Cancer Research UK.

“I’ve had a lot of people telling me not to shave my head, but I found it quite exciting. I actually quite like my new style – it’s certainly a lot easier to manager, and fortunately with the weather we’ve been having it’s not too cold either!” 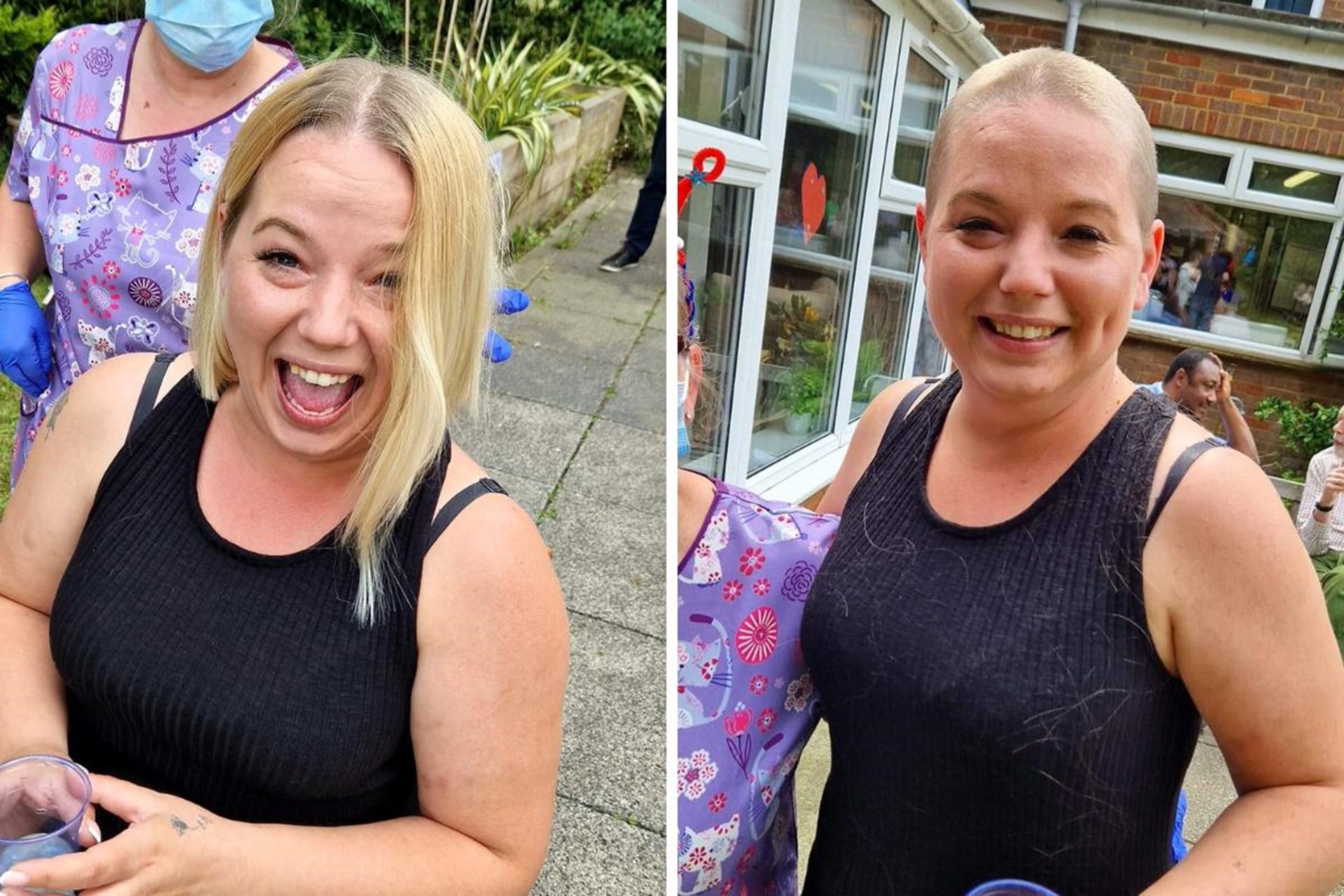 Adding to her fundraising efforts is Head of Care, Leah James, who undertook a 300 mile cycling challenge, completing the final few miles on a static bike at the party.

Leah said, “I’ve really enjoyed my challenge, especially knowing it is going towards a good cause. Seeing the fun and laughter of the residents has really given me the oomph to do this.”

Alice added: “We have raised about £2,000 towards our £8,000 target so far through donations via our Facebook page and elsewhere, but there’s still a long way to go. We’ll be having a couple of car washes on 30th July and 27th August outside the home, and we’re also planning a car boot sale following some kind donations of things we can sell.

“People have been really generous so far and it would be great to get some support from the community at these events.”

Pratt House is a dementia-friendly care home for older people in Amersham, celebrated the Queen’s Platinum Jubilee with a grant party. The residents of Pratt House, staff and volunteers were joined by friends and family for the day, and the warm and dry weather meant that a buffet lunch could be served in the home’s beautiful garden.

Headlining the party were local group the Jubilee Singers, whose rendition of old favourites had the residents singing, toe-tapping and, in some cases, dancing along.