Bringing old and young together through virtual story time

Children of Taunton School Nursery have been connecting with residents at Abbeyfield Somerset Society dementia-friendly care home on Heron Drive, Taunton through regular virtual story times. The story times were arranged by Abbeyfield Taunton's Weekend Activity Leader, who is also a member of staff at Taunton School.

Once a fortnight, a resident will read a different book to the children. So far they have enjoyed ‘The Snail and the Whale’ by Julia Donaldson, which tells the story of a sea snail who travels the world with a humpback whale. The second story they have enjoyed is ‘The Wonky Donkey’ by Craig Smith; a book is based upon a song that the author wrote in 2005 after hearing the joke "What do you call a donkey with three legs? A wonky donkey". In 2018, the book was featured in a viral video of a grandmother laughing hysterically as she attempted to read it to her grandchild. In the coming weeks they will be reading more of the children’s favourite tales together.

Paula Howlett, Manager of Abbeyfield Taunton Home said, "It has been absolutely wonderful seeing the connection of the older with the younger generation using the wonders of technology. Residents involved have thoroughly enjoyed seeing the children responding to the books being read by them.

There have been some beautiful moments and despite lockdown, new friendships and relationships are being made.

"We are looking forward to the continued connection with the children at Taunton School!"

Louise Leah, Head of Nursery and Pre-Prep at Taunton School said, "In a time when we are all feeling a little isolated from one another, we are so pleased to be able to connect with the residents at the Abbeyfield home in this way. Our children have been hugely enjoying their virtual story times and we hope the same benefit is felt by the residents reading the stories." 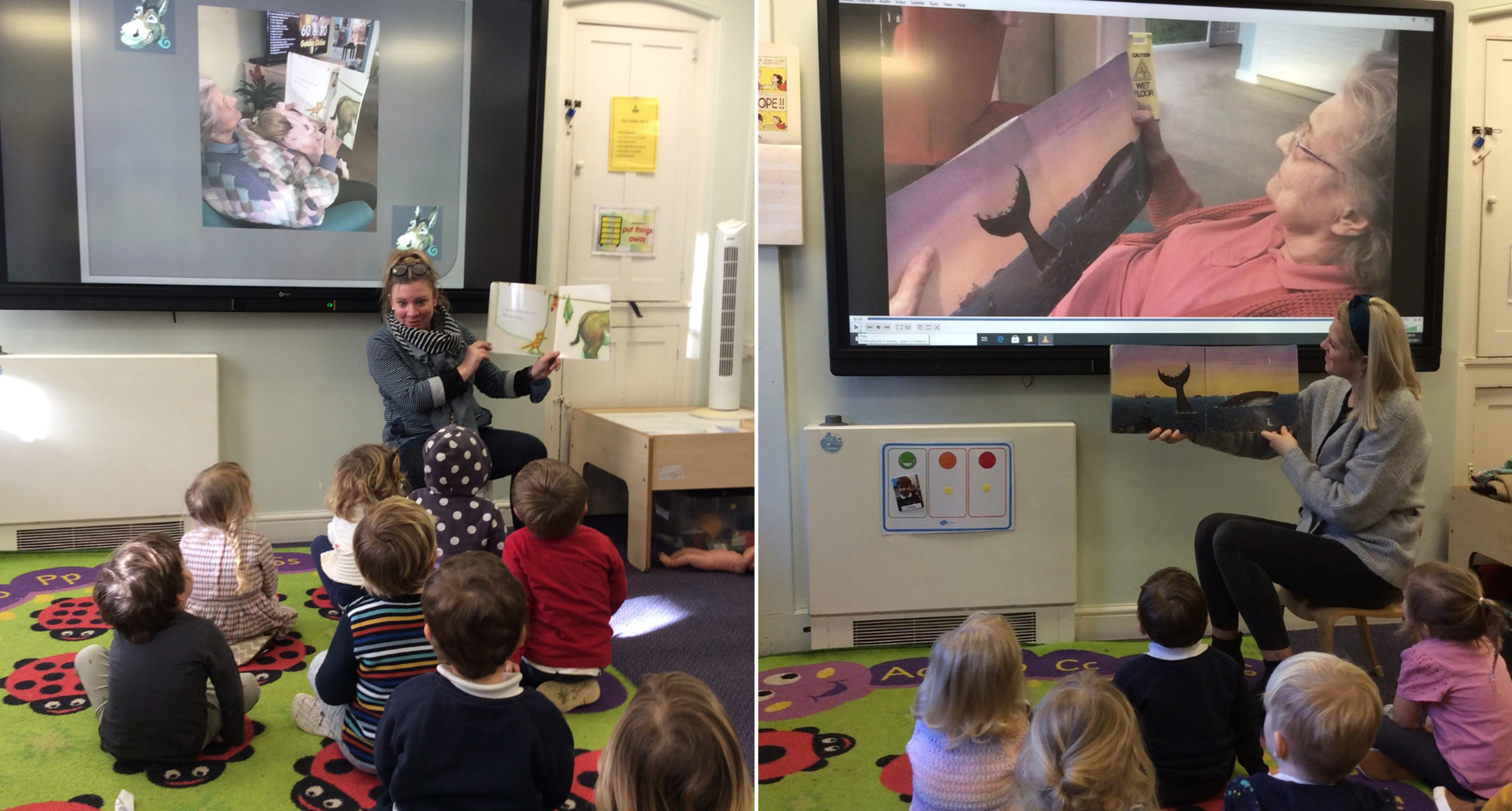 The benefits of intergenerational activity

Studies have shown that bridging the gap between generations not only has many health benefits for both parties, but also improves the likelihood of intergenerational friendships throughout life.

Here are some of the health benefits of intergenerational activities:

We can't wait to hear about more of the wonderful stories our residents have read during virtual story time.

If your school or college would like to get involved in activities like this at your local Abbeyfield house, please get in touch with Paul Colwill, Volunteer Coordinator by email.