We're asking the nation to turn detective in the hunt for two schoolgirls, whose letters written more than 60 years ago were found in the scrapbook of our founder, Richard Carr-Gomm. Sheila Scott and Brenda Barker were 12-years-old when they penned the two letters to one of our residents; a complete stranger who lived nearly 300 miles away from them in the Heaton area of Newcastle.

"The letters are very emotive," says Sarah Heaney, Research Manager for Abbeyfield. "Not necessarily for the information that’s in them but for the fact that these two 12-year-olds took the trouble to write to a complete stranger."

At the moment, we're unsure why the two then school girls decided to write to one of our very first residents. But this act of kindness clearly touched our founder, who added the letters to his personal scrapbook alongside correspondence from Princess Anne and newspaper clippings that detail his many successes and charitable achievements.

"In his diary for May 1956, Richard Carr-Gomm makes a point of referring to some letters written by children in Newcastle arriving for Mr Halnan and a Miss Saunders, who were the first ever Abbeyfield Society residents. No further reference is ever made to letters being written to residents, but these two from Sheila Scott and Brenda Barker obviously made such an impression on Richard that he kept them." says Sarah.

"The letters are a wonderful snapshot in time. It would be fantastic to trace Sheila and Brenda, to discover more about the story behind these two incredible letters, and to know if they continued to write to the residents."

David McCullough, our Chief Executive, adds: "We are hoping the letters will jog someone’s memory. It would be fantastic to find out what prompted the girls to reach out to Abbeyfield’s first residents, how they now feel about their letters being preserved by Richard Carr-Gomm, and what they went on to do with their lives. Finding these letters is like discovering a secret treasure, and I am sure there is a wonderful and inspiring story waiting to be told."

The girls behind the letters

At the time the letters were written, Sheila was living in Chillingham Road in the Heaton area of Newcastle and Brenda in nearby Guelder Road.

In her letter, Brenda reveals she is five foot seven inches tall, has light brown hair, and hazel eyes, that her form mistress at North Heaton Secondary Modern is Miss Booth, and that her favourite lesson is maths. Meanwhile, Sheila divulges her hobbies as needlework and swimming.

"It is rather incongruous seeing these two letters stuck into the scrapbook." says Research Manager Sarah Heaney. "Carr-Gomm was very well networked. He knew Billy Graham and was influenced by him, was friends with Audrey Hepburn and her mother who were benefactors of the first home, knew Laurence Olivier and Vivien Leigh, and was close to King Freddie, the deposed king of Uganda.

"Yet, amongst all this we find these two extraordinary letters from two ordinary school girls."

Having stumbled upon these two lovely letters, it would be fantastic to think we could trace the girls behind them and reunite Sheila and Brenda with their younger selves through these two letters.

Anyone with memories of either Sheila Scott or Brenda Barker or who knows the whereabouts of the two women now, is asked to contact Sarah Heaney on either 01727 734067 or email: s.heaney@abbeyfield.com 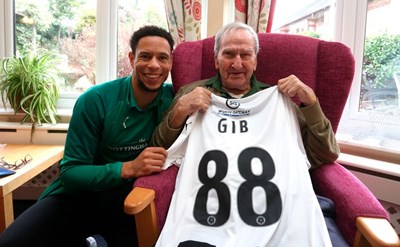 Gilbert is an avid supporter and previous season ticket holder at both Nottingham Forest and Nott’s County football clubs. Thanks to Deputy Manager, Jasmyne, Gilbert was able to meet Nathan Tyson, an English professional footballer who has played for both teams! 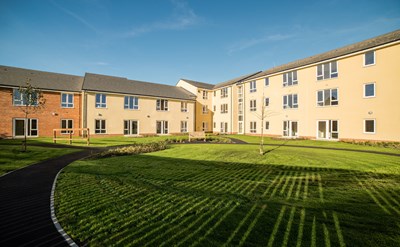 We’d like to say a huge well done to our Independent Living home in Sunderland; Hope Bank View, for being listed as one of the expert recommended Top 3 Retirement Villages in Sunderland, by Three Best Rated! 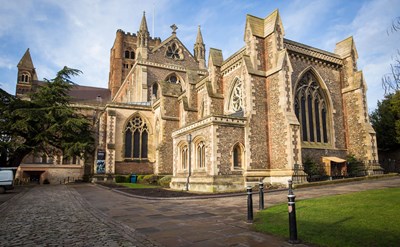 The third and final carol service of 2019.