Girton Green residents, staff and volunteers, and their families, former Trustees of the Abbeyfield Cambridge Society, and members of the Girton community celebrated the independent living scheme’s 10th anniversary on Saturday 21 May.

The scheme, managed by The Abbeyfield Society, comprises 76 one, two and three-bedroom en-suite apartments for over 55s, and provides a friendly, safe and secure environment for its residents to live in. The scheme boasts a restaurant, cinema, hair and beauty salons, and wellbeing facilities – including a swimming pool, Jacuzzi, sauna and steam rooms, and a gym. Residents are treated to themed meal days and activities celebrating topical events. They can also sign up to enjoy other on and off-site activities and excursions.

Proposals for Girton Green started as early as 2001, when the Abbeyfield Cambridge Society embarked on a journey to provide housing, alleviate loneliness and promote companionship for Cambridge’s ageing population – whilst allowing them to maintain their independence, and enabling them to become part of the local community.

Plans for a new apartment building were made, and a merger with The Abbeyfield Society, which oversees 370 houses and homes for older people worldwide, made way for the start the of four-year construction project. The scheme opened its doors to its first residents in 2012 and, in 2013, former Archbishop of Canterbury and Right Honourable Lord of Oystermouth, Dr Rowan Williams, cut the ribbon at an official opening ceremony.

Mrs Nicky Daneshyar, one of the scheme’s first residents and current Chair of the Residents’ Committee, highlighted the importance of the community being at the heart of the building’s ethos.

She declared, “Coming here in the first few weeks that Girton Green was open was a bit like moving from junior to secondary school – new buildings, new people, new systems, and wondering if you were going to enjoy it, fit in, and make new friends. Girton Green has lovely facilities, but they count for little if people can’t enjoy them in a welcoming and sociable society.

“Inevitably, the older age profile of residents has meant that, over ten years, we have lost friends and some of us have lost life partners, but the support we have been able to give to and draw from each other during these times, and the joint memories that we all have of those who shared our lives, has been really important.

“Living here allows you to understand that Girton Green is more easily recognised than described.” 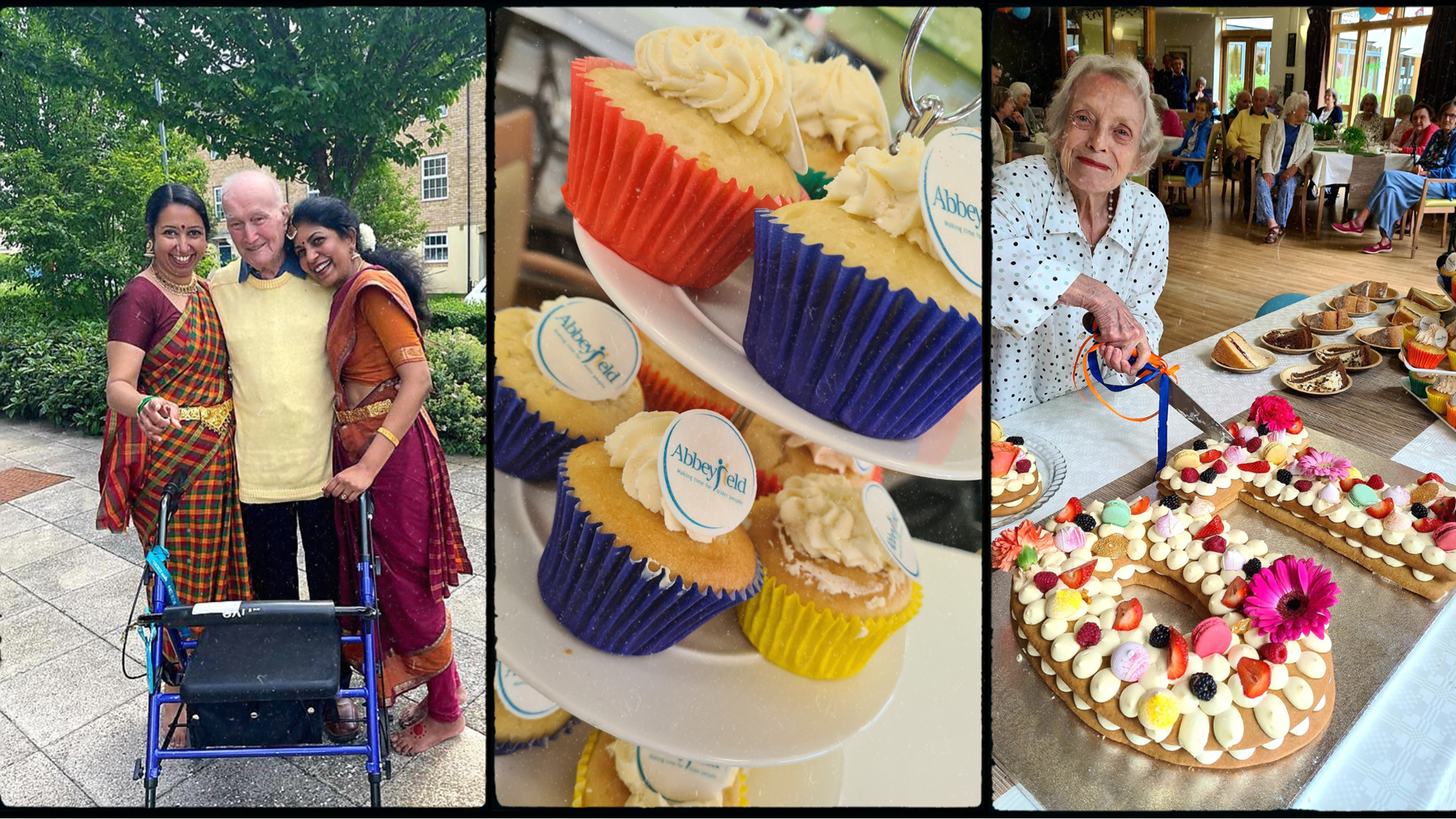 Thankfully the weather played its part in the celebrations, and not wanting to take up too much of the beautifully sunny spring day, Richard Simpson, Operations Manager at the scheme, welcomed all in attendance; paid homage to invited dignitaries; thanked colleagues and volunteers for setting up and decorating the stage; and toasted the community for its continued support for the scheme. He then invited the guests to enjoy a glass of Prosecco, food from the barbeque, live music and dance, and a slice of the anniversary cake, baked especially for the occasion. The longest-serving resident, Jane Gregory, cut the cake.

Richard said, “After a long period of not being able to celebrate together, we are overjoyed to be able to do so now, and to confirm our continued commitment to alleviating loneliness and working hand in hand with our local communities.”

He continued, “I am also especially please to welcome former Trustees of the Abbeyfield Cambridge Society, whose vision and tenacity helped to make Girton Green a reality.”

Nicky, on behalf the Residents’ Committee, also thanked the guests for their attendance and continued support.