The residents at our house in Ivybridge, Devon, are over the moon to have brand new furry friend move in.

Found on the streets of a small Cypriot village, Rodric the dog was sent to the local dog pound, before being rescued by a local charity. SOS (Save Oroklini's Stray Dogs) work tirelessly to save unclaimed dogs from the pound and re-home them to loving, caring families all over the world.

While Rodric was being flown to a foster home in the UK, our Ivybridge resident Christine had been speaking to Rebeecca, the House Manager, about wanting to bring a dog into the house to offer emotional support and companionship. It only took seeing a few of Rodric’s photos for Christine to completely fall in love with him.

Thanks to a team of dedicated volunteers, Rodric took the long journey of over 200 miles from North Derbyshire to our house in Ivybridge, where he was united with Christine and the two formed an instant connection.

The benefits of animal interaction

“He really helps me,” Christine says “and he loves giving cuddles!”

He’s been a wonderful support for Christine so far, with the long term plan being to train him as an assistance dog. He’s already helping to stop her from getting up too quickly if she’s feeling unwell.

Though he’s not been with the house long, he’s already settling in very well to life at Abbeyfield, with the other residents being very fond of him too.

“He is wonderful with the other residents,” says Christine “and the staff, too. He really brightens up everyone’s day.” 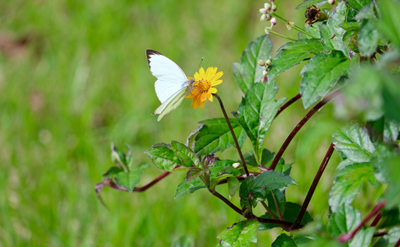 Mental Wellbeing: The Benefits of Connecting with Nature 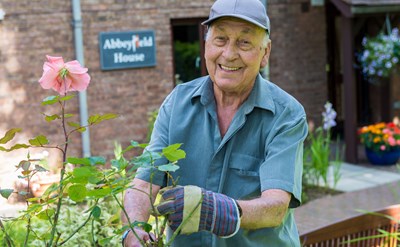 Connect with Nature this Mental Health Awareness Week (10-16 May) 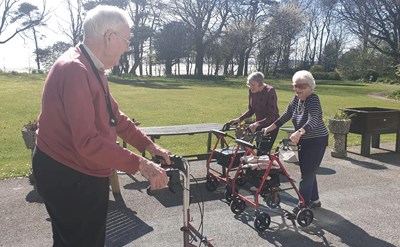 Captain Sir Tom Moore inspires Abbeyfield residents to ‘Get to 100’