Sally and her close-knit family will be giving the best present possible to 12 older people who would have otherwise spent December 25 on their own: friendship and a sense of belonging.

For the second year running, Sally Holmes and her family won’t be celebrating Christmas Day. Instead, Sally and her close-knit family will be giving the best present possible to 12 older people who would have otherwise spent December 25 on their own: friendship and a sense of belonging.

Sally is the manager of Bailey House in the picturesque market town of Alresford in Hampshire. The independent living and sheltered housing facility, which is managed by the Alresford Society, is home to nine residents who all have their own family and friends to visit on Christmas Day. 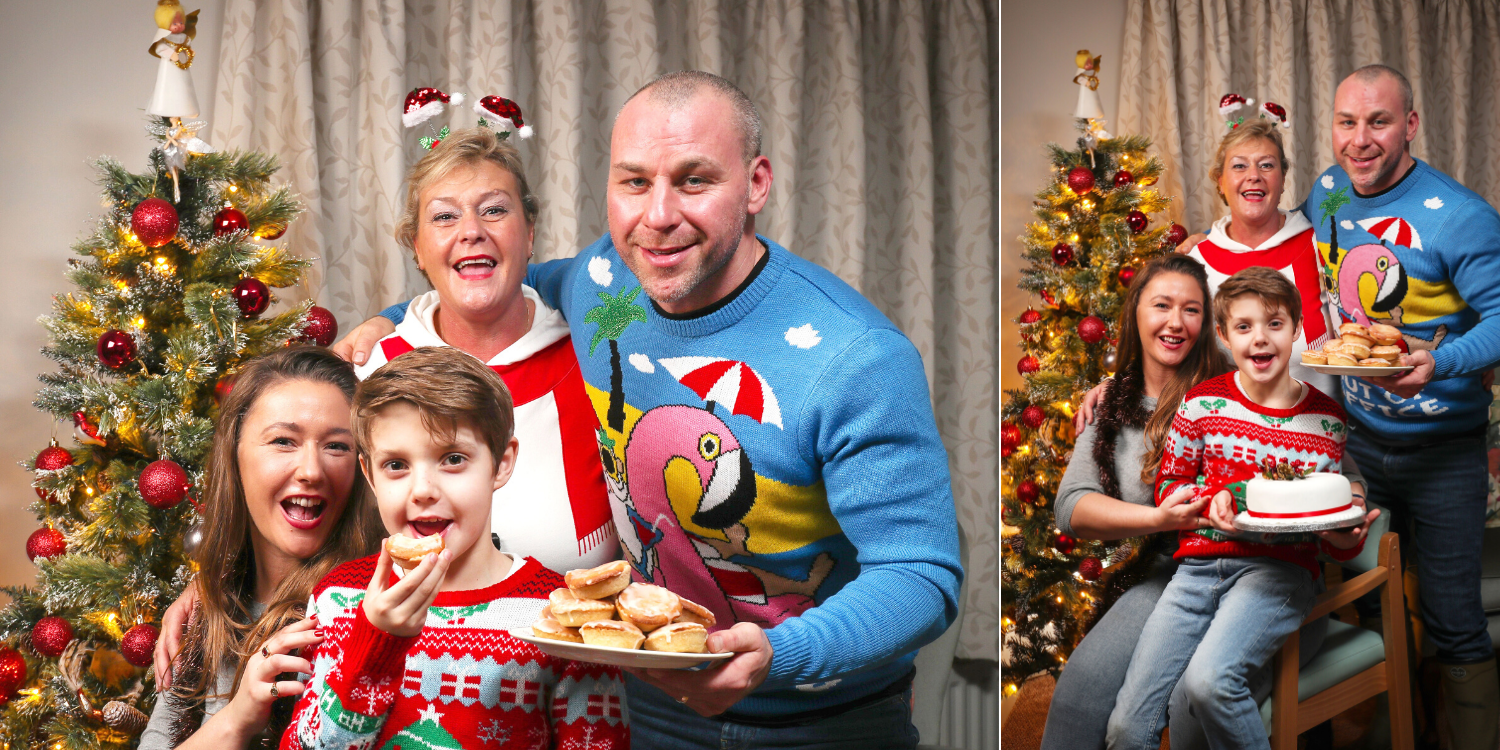 So when just before Christmas 2018 Sally heard that some older Alresford townspeople would be spending the big day on their own, she had no hesitation in opening the doors to Bailey House and inviting them in for a few hours of seasonal feasting and fun.The free event was such a success that Sally and her family are again voluntarily putting their own celebrations on hold until Boxing Day to bring some much needed festive cheer into others’ lives as part of The Abbeyfield Society’s annual Companionship at Christmas campaign.

Sally, who has managed Bailey House for the past two years, says, “As soon as it was over last year, my daughter turned to me and said, ‘Mum that was the best Christmas I’ve ever had.’ After that, there was no way we weren’t going to open Bailey House’s doors for a second year, even if it does mean that as a family we miss out on our own Christmas Day. But it is worth it to see the joy on the faces of our older guests. Like last year, we will be cooking a full turkey dinner with all the trimmings, and laying on activities and carols. But most importantly, it will be a chance to bring our community together, and for a few hours on what is a very special day, to ensure that some of Alresford’s most vulnerable residents have the chance to meet new faces, forge new friendships, and feel less isolated. One of the best parts about last year was being at the dinner table, laughing, chatting and having a great time. We then sat around the television with coffee and mince pies, talking and singing carols, much as happens in thousands of other homes at Christmas. Older people want that connection.”

Sally, Owen 29, Morgan, 31, husband Ben 33, and Oscar, will again cook and serve the Christmas dinner and lay on entertainment. Each guest will be sent home with a festive food parcel of turkey sandwiches, Christmas cake and mince pies.

The Alresford Town Trust is also once more stepping in with its minibus to transport guests, including Elizabeth Lawrence, 90, who attended last year’s Christmas get together at Bailey House. She says, “I’ve been a widow for some years. Going to Bailey House was like a family party and there was a lovely atmosphere. You hear all these ghastly stories about how horrid some people are these days, but Sally and her family were so welcoming and put on such a heart-warming display. I think it made us all appreciate how much good there is.”

Sally isn’t worried about missing her own Christmas Day. She said:

“I am lucky to have a loving family around me. Giving up our Christmas Day when so many others don’t have anyone to spend it with, is a small price to pay. It is about reaching out, which is what The Abbeyfield Society is all about. Our front door is always open, and it has been lovely that some of the guests who joined us for Christmas last year have returned to visit us. There are many reasons why people find themselves on their own at this time of year – bereavement, divorce, or the pressures of modern living. Abbeyfield was founded in the 1950s in response to the crippling loneliness endured by many older people in their everyday lives. Our Companionship at Christmas campaign has been going for the last decade and is a wonderful example of how older people in Abbeyfield homes and the wider community can come together to enjoy the season of goodwill, and hopefully forge friendships that will last beyond the festive period.”

Our Companionship at Christmas initiative sees many of our 500 homes and houses across the UK open their doors to offer emotional and spiritual, warmth and companionship to lonely and socially isolated people aged 55 and over during the season of goodwill and beyond.